Tori runs the aerial school with Catriona (Trona) and teaches Aerial Skills, Aerial Hoop & Aerial Rope, including teaching at the University of Winchester as part of their Street Arts Degree.

Tori began her career as a performance artist after graduating from the University of Winchester in 2006 where she studied Choreography and Dance. From 2006-2011 she went on to teach and dance with Ignite Dance Company, Vortex Dance Theatre and Companhia de Dança do Norte, performing in theatres both in the UK and mainland Europe

Subsequently, Tori went on to train in Aerial Arts, including Aerial Silks, Rope and Hoop. She has trained in Thailand with Gunnar Field and in Miami with Rainbow Circus. In 2014 she took part in a professional course at the London based Gravity Circus Centre run by the renowned Leo Headmen and Yam Doyev.

Tori has since gone on to perform in London at Jackson's Lane theatre and Glastonbury Festival 2014 with Leo and Yam's company.
Catriona - Director & Instructor

Catriona runs the Aerial school with Tori, if you don't find her on the equipment she'll be in the studio on her laptop keeping the studio running!

Catriona trains in Aerial Silks, Hoop and Rope. She now teaches Aerial Arts sessions and courses. She has performed and instructed for numerous private functions including our 'A Night of Elevation' Cabaret showcases.

As an avid Climber George clearly had a taste for Aerial Arts, he trains both Aerial Silks and Rope and now teaching Aerial Silks courses with us at Aerial Southampton.

He has wowed audiences at our 'A Night of Elevation' Cabaret showcases.
Sarah - Aerialist, Instructor & Dancer

Sarah graduated from the University of Arizona in 2010 where she earned her Bachelor of Fine Arts degree with honours as a Dance Major. From there, she began to pursue her professional dance career working for Walt Disney World, Holland America Cruise Line, and Royal Caribbean
International performing for audiences world-wide.

While working on ships Sarah was introduced to the world of aerial arts and her passion for dancing on the ground quickly transitioned to dancing in the air. Since moving to the UK she has honed in on her aerial skills and in 2017 she completed the dancer’s intensive at My Aerial Home.
Sarah trains in Hoop, Silks, and Rope. After completing an apprenticeship with Tori, she is now teaching Aerial Silks and Hoop courses with us at Aerial Southampton. 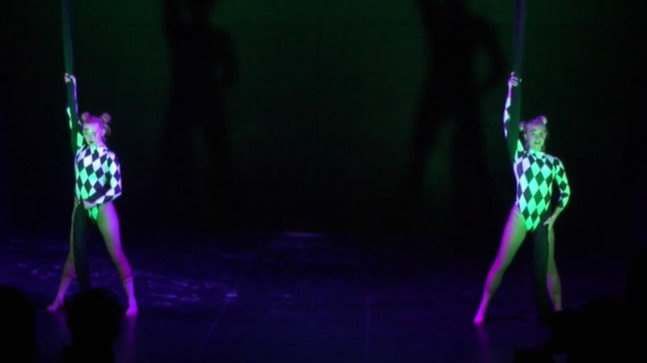